The Pretrial Fairness Act, led by The Coalition to End Money Bond and:

Ends Money Bond: No one will be incarcerated while awaiting trial simply because they cannot afford to pay a certain amount of money.
Ensures Faster Release: People with less serious charges will be released on their own recognizance from police custody as soon as possible.
Requires Courts to Provide Common Sense Pretrial Services: Courts will be required to send reminder calls and text messages and provide transportation assistance for low-income people.
Increase Government Transparency and Accountability: Clerks of the Circuit Court and Sheriff’s Offices will be required to submit monthly reports to ICJIA, which would then be made public.
Warrant Reform: People accused of violating their conditions of pretrial release will be served a notice to appear 48 hours before a warrant is issued.

Let your legislators know that no one should be locked up because of the size of their bank account by sending them a letter.

For ways to get involved, contact Victoria Stewart at [email protected] 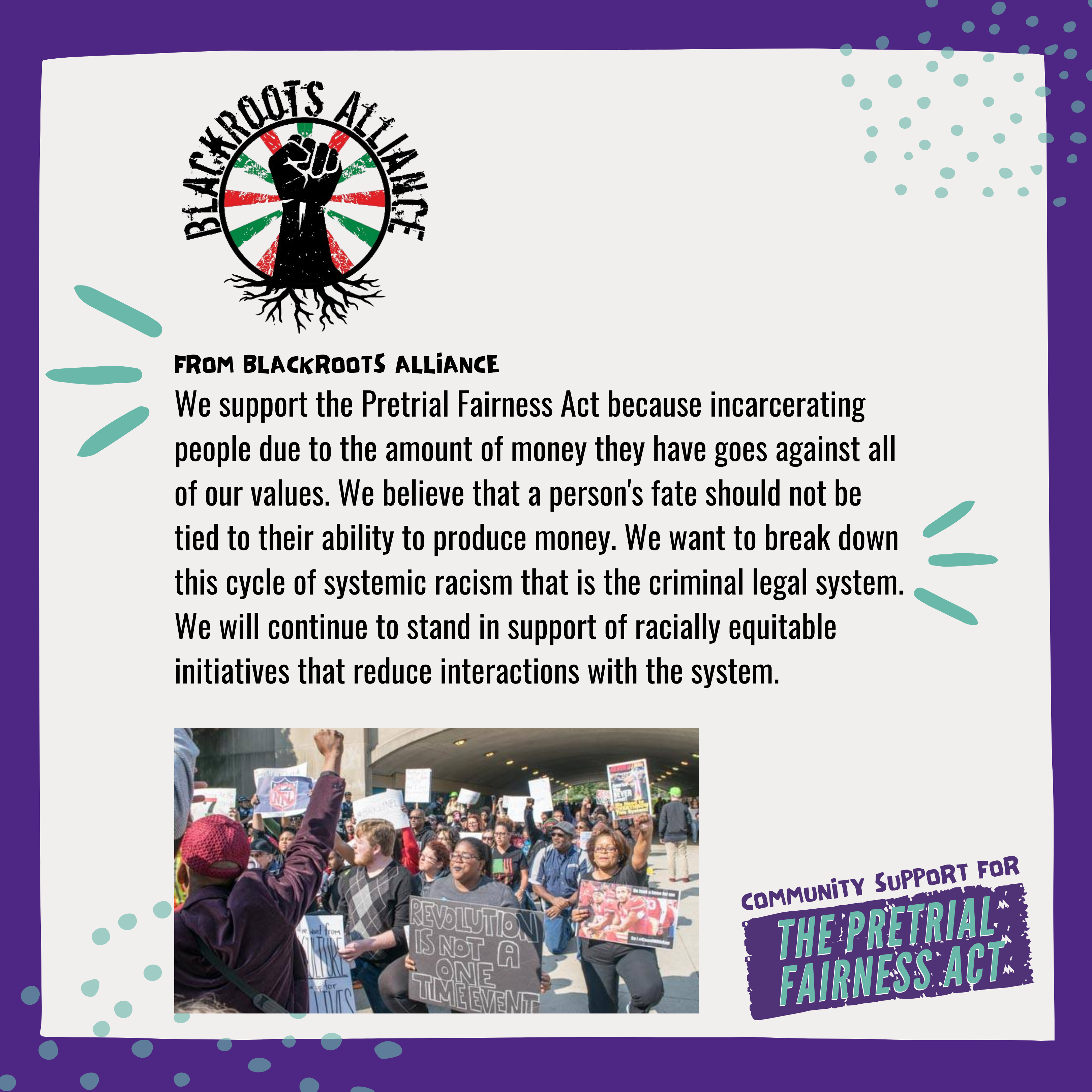