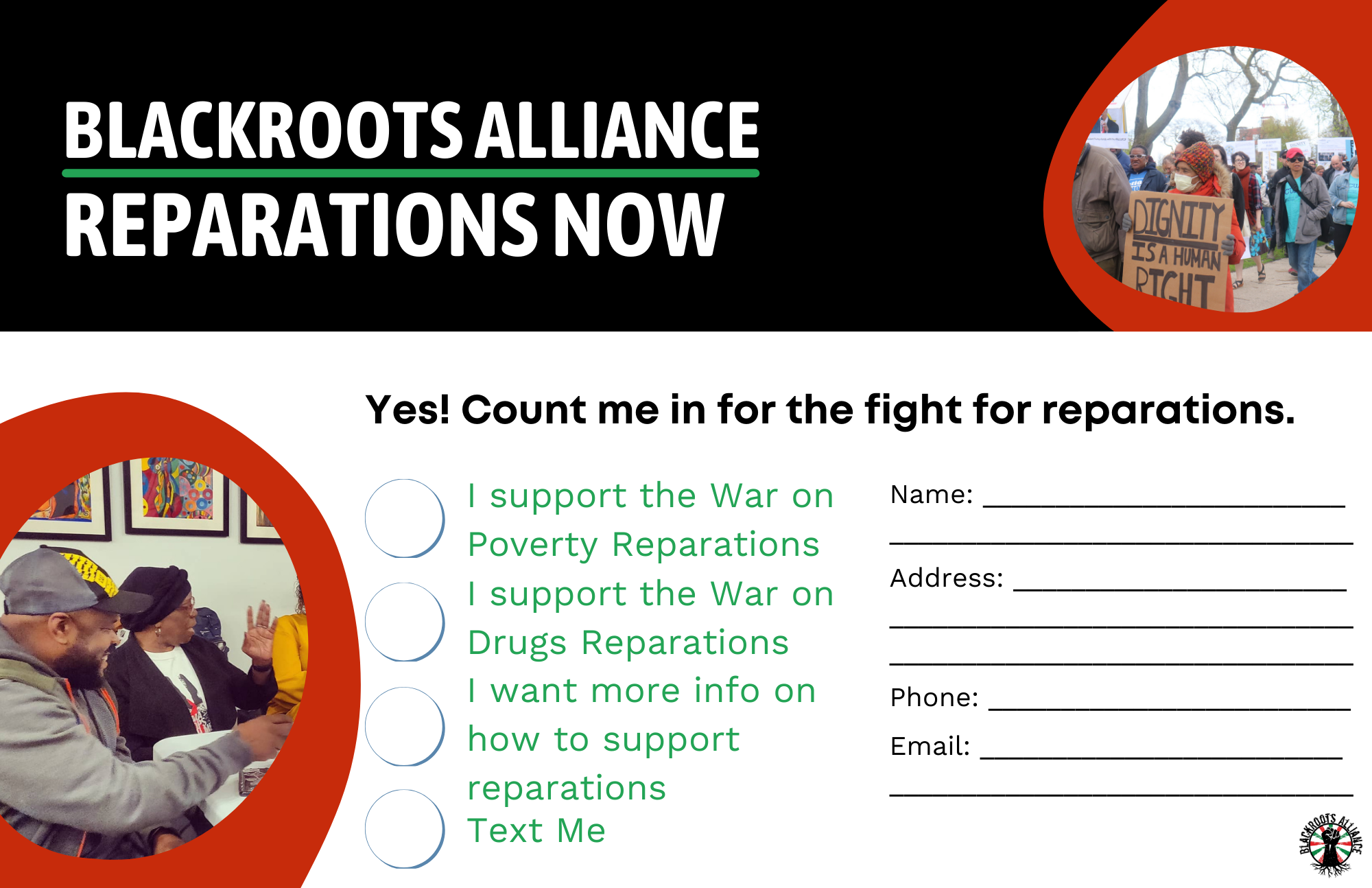 At BlackRoots Alliance, we're dedicated to the liberation of all Black people. The five areas we organize around are safety, economic security, health and wholeness, education justice, and democracy engagement. We're currently bringing more awareness to the implementation of reparations for Black people.

Reparations are defined as the making of amends for a wrong that one has done; by paying money to or otherwise helping those who have been wronged, and are given to horrifically oppressed groups of people by their oppressive nations, states, institutions, and/or complicit corporations. Occurring after the harm has been done, these payments are intended to serve as an apology and often come alongside one. They should also begin to repair damage caused, and present a plan to address structural inequities.

Conversations about reparations have been happening since the end of slavery. There must be multiple paths to reparations because Black people are not all the same. Our partner Equity and Transformation (EAT), are working on reparations for the War on Drugs. We encourage all Black people to imagine what reparations for slavery, and the systems predicated upon slavery, might look like for their communities.

Black Americans, haven't received reparations for any of the continued state-enabled Black oppression, including Jim Crow, redlining/residential segregation, voter suppression, environmental racism, and mass incarceration. A significant body of research has provided frameworks and proposals for federal reparations. HR-40, the 20-year-old bill designed to create a federal study and task force to examine what reparations would look contemporarily, hasn't been brought to the floor for an official vote. Though history was made in 2021 when this bill made it past a subcommittee of the House of Representatives.

Take the "fight for reparations" pledge by signing your name here!

Would you like to provide your opinion on reparations? Take the questionnaire here!

If you're interested in receiving more information, connect with our Networking Organizer, DeJaun Jackson.