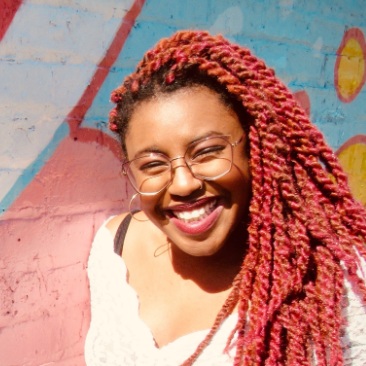 Victoria is the Public Policy Coordinator for Blackroots Alliance. She is a recent graduate from Adler University. She received her Master’s Degree in Public Policy with a concentration in Human Rights and delivered the student commencement speech at Adler’s October 2019 graduation. During her time at Adler, she also was a member of Ignite. Although she’s been in Chicago since 2018, she is originally from Michigan where she received her Bachelor’s in Psychology from Albion College. While at Albion, she worked as a First-Year Experience and Smooth Transitions mentor, became a member of Alpha Xi Delta, Black Student Alliance, and wrote an undergraduate thesis entitled “The Predictors of Help-Seeking Stigmas in Minority and Majority Groups” which tackled what barriers are preventing people from seeking psychological help. During the last few years, Victoria has taken her studies beyond the classroom and engaged in direct actions, canvassing, and other social justice work. She has been dedicated to working towards a more equitable future through advocating for clean water, LGBTQIA+ rights, women’s empowerment, and Black liberation. In her spare time, she loves to travel and she’s a major nerd about movies, music, and pop culture.