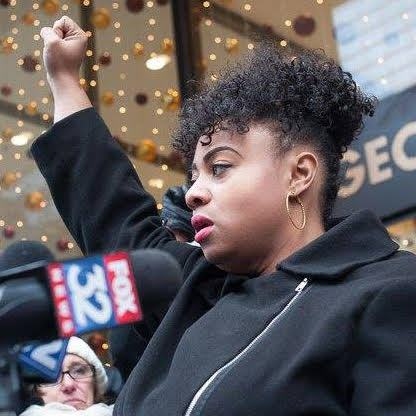 Tanya Watkins is a mother, writer, Black womanist, community organizer and prison abolitionist originally from Chicago’s South Side. She studied writing and the teaching of writing at Columbia College Chicago with the intent of bringing innovative arts programs to schools in low-income communities of color. She is a former South Suburban Chicago elected official and served as a Presidential Delegate in 2016. Tanya began as a leader with Southisiders Organized for Unity and Liberation (SOUL) in 2010, a multi-issue, faith-based, social justice organization that assists residents to build power in the Chicago Southland. Since being with the organization, Tanya has led a multitude of campaigns demanding criminal justice reform and police accountability in Chicago; most notably, heading up a series of strategic actions targeting former Cook County State’s Attorney, Anita Alvarez in 2015. Currently, Tanya is the Executive Director of SOUL and SOUL in Action.